skip to main | skip to sidebar

A few months back, we had a "Favorite Things" stocking on K&F and I revealed that one of my favorite animals is the fox. Today at K&F we are showcasing another of my favorite critters, deer!

Posted by Holden's Landing at 9:27 AM No comments:

A little birdie told me ...

to fly on over to K&F today for a flock of fine feathered friends-inspired items! Here's a sneak peek ...

Posted by Holden's Landing at 9:51 AM No comments:

Today we spent the afternoon at an international fair put on by a local group of homeschool teenagers. We had a blast! The kids got passports when we arrived, and traveled from booth to booth doing activities, tasting foods, playing games. At each booth they had to answer a question in their passport and get it stamped by the teens running the booth.

ASL booth - the kids learned a whole bunch of animals signs and how to play "Go Fish" in sign language. Holden was the winner! 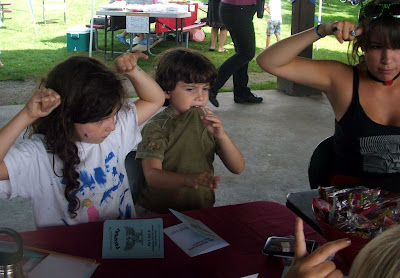 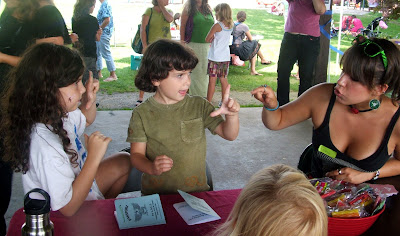 At the Scotland booth, the kids got to write their names in Gaelic/Tengwar and make a Scottish flag 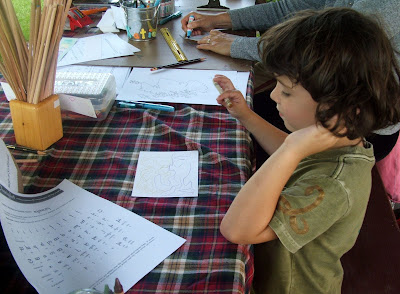 At the braille booth, the kids tried on blinders, checked out some braillle writing, saw how to write their own names in braille and got braille name tags made for them 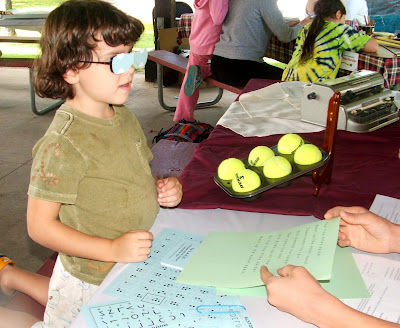 This was Holden's favorite - hurling at the Irish booth. He kept going back to try this out again and again. I am going to have to make him his own hurley to take to the soccer fields! 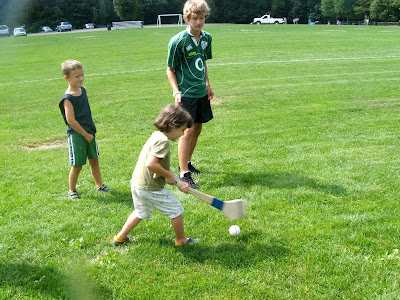 There was a music booth as well, and the kids made tambourines and listened to some Beethoven 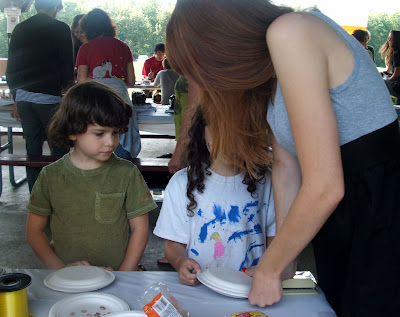 I think the Japan booth was Kenna's favorite. She loved trying to play kendama (so did Holden). And we got to see each of our names written out in Japanese. In the pic, McKenna (Me-kenna)'s is written first, on the left, then Holden's, then mine 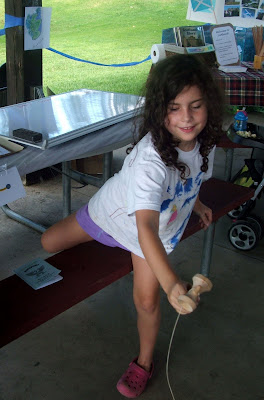 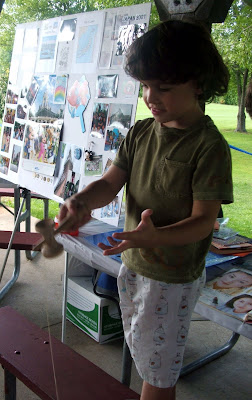 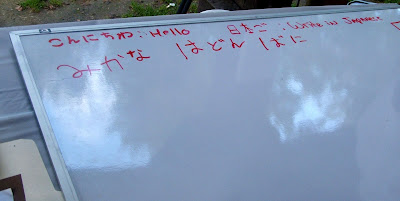 Posted by Holden's Landing at 4:59 PM No comments:

Lots of treats - no tricks - await you at K&F this afternoon! Halloween is my favorite holiday; I loved dyeing and sewing for this stocking. I wish there were more hours in the day because I also wanted to make a pumpkin patch OBV blanket and a trick or treat OBV blanket and jack o'lantern beanbags and a pumpkin patch DreamScape and ... and ... and ...

Posted by Holden's Landing at 8:29 AM No comments: 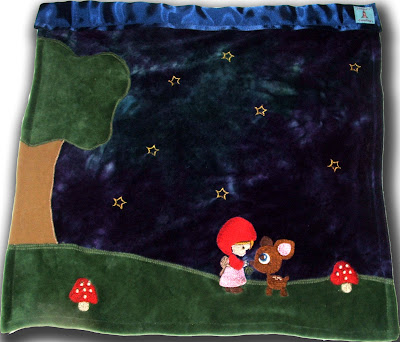 Just finished this a little bit ago ... this set of embroideries is my current favorite. I adore the little deer! Super cute 16"x16" LoveScape blanket for a little girl due this winter.
Posted by Holden's Landing at 4:51 PM No comments:

It's the most wonderful time of the year ...

No, not back to school! We're homeschoolers, that means nothing to us... well aside from the fact that we can stock up on crayons and glue and notebooks for a quarter ;)

But I digress. It's the most wonderful time of the year ... fall! I know, not quite yet, don't rush it, bu fall is my absolute favorite season. Pumpkins, apple picking, Indian corn, pumpkins, squash, falling leaves, pumpkins, farm trips, caramel apples ... did I mention pumpkins?

Posted by Holden's Landing at 9:48 AM No comments:

Where to find us

Visit my other blogs

21 Chicks and Counting - our life starting a small farm

Becoming - my journey into adopting a new heritage